(Singapore, 20 June 2022) Philippine Secretary of Foreign Affairs Secretary Teodoro L. Locsin, Jr. was the Guest of Honor at the Presentation of Dedication Marker and Groundbreaking Ceremony hosted by the Philippine Embassy in Singapore on Friday, 17 June 2022.

Officially purchased by the Philippine Government on January 6, 1986, the current Chancery sits on one thousand six hundred fourteen point five square meters of land (1,614.5 sqm) located at what used to be called “the embassy row near Orchard Road”. It has undergone several renovations and expansion in 2010, 2016, 2018 and 2020. It has received the greenlight from Philippine authorities to demolish the existing building and to construct a new Chancery.

Ambassador Yap shared during his welcome remarks that the goal of constructing a new Chancery is the realization of a shared dream with the Ambassadors who came before who had the same vision.

“As I end my tour of duty in a couple of weeks’ time, I will no longer be here to witness the actual construction and completion of this new chancery. But it is an honor for me to be here today at  the start of this journey with you. I look forward to the day when I will see a new Chancery standing at 20 Nassim Road,” Ambassador Yap continued in his remarks.

The Secretary, for his part, said, “This Post is truly blessed to have, not one, but two properties sitting in prime land, in a country where space is a premium. Owning property in the host government chronicles our bilateral history and speaks volumes of the strong relations between our two countries.”  The Secretary congratulated Ambassador Yap for being instrumental in making this dream of a new Chancery come to fruition.

During the ceremony, Secretary Locsin and Ambassador Yap unveiled the dedication marker, and, together with Deputy Head of Mission and Consul General Emmanuel R. Fernandez, also posed with ceremonial shovels to symbolize breaking ground for the start of construction.

Secretary Locsin was in Singapore for an official visit to attend the groundbreaking ceremony as well as the National Day Reception hosted by the Philippine Embassy on 15 June 2022 to commemorate the 124th Anniversary of Philippine Independence. END 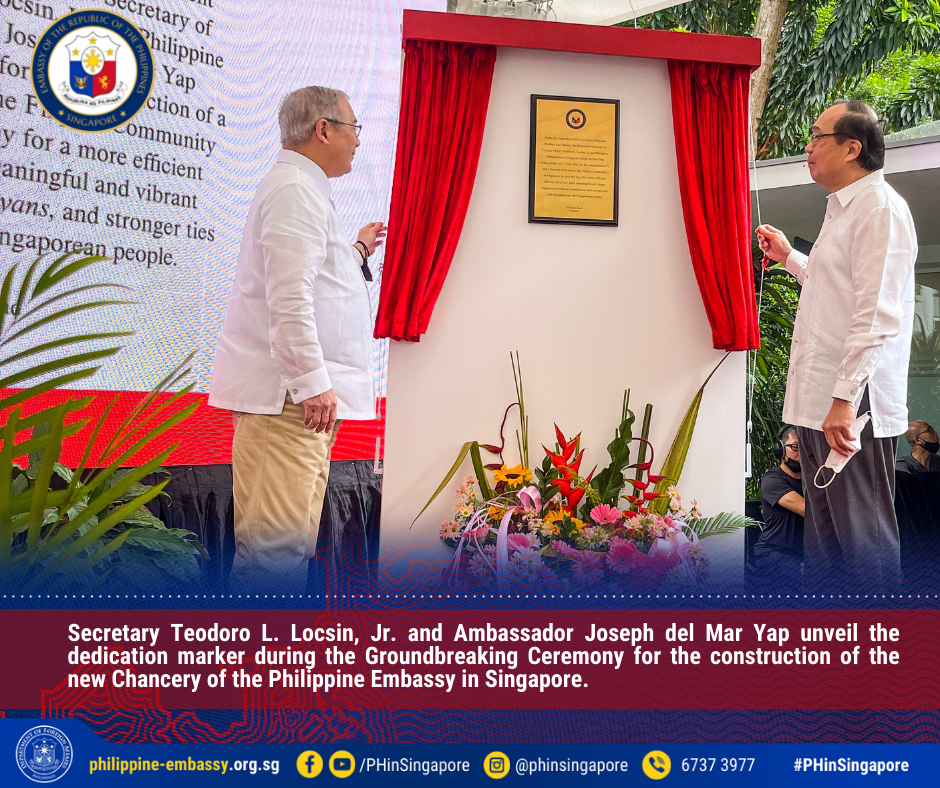 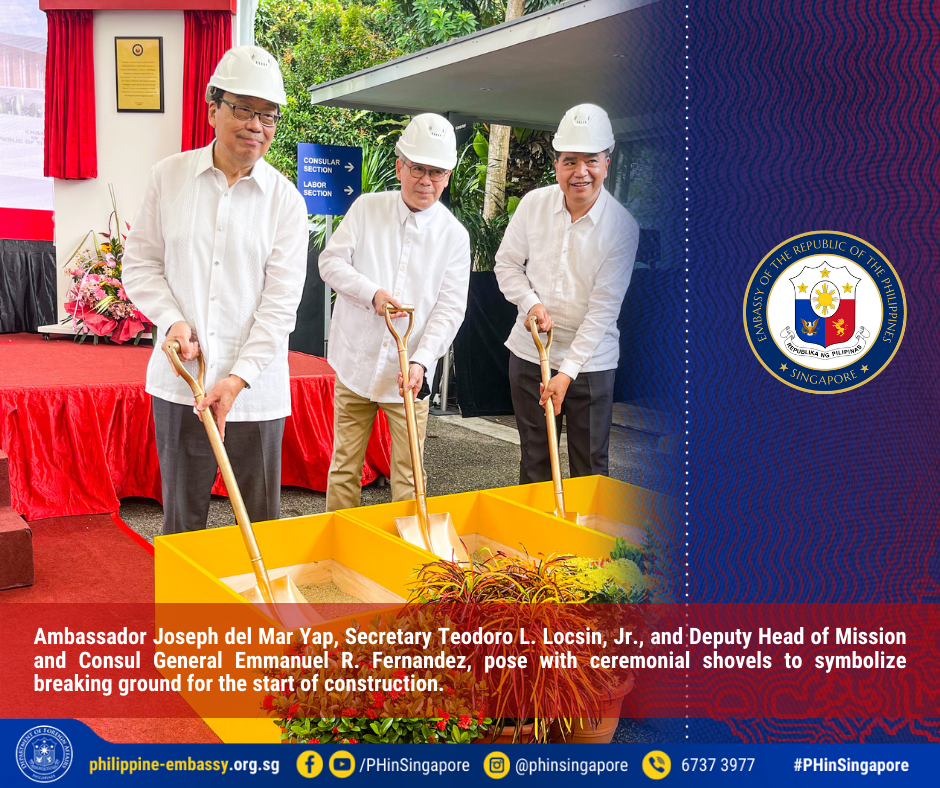