1 December 2022, Singapore – The Philippine Embassy in Singapore joins the other departments and agencies of the Philippine Government in the observance of the 18-Day Campaign to End Violence Against Women (VAW) which runs from 25 November to 12 December 2022. Through this annual campaign, the Philippines reaffirms its commitment to eliminate VAW in all its forms – physical, sexual, economic and psychological.

The Embassy invites kababayans to participate in online campaign threads and share personal experiences of violence and photos with the Stop VAW sign captioned with what can be done to contribute to a VAW-free community using the hashtags #RaiseYourVoice and #VowToEndVAW, respectively.  (END). 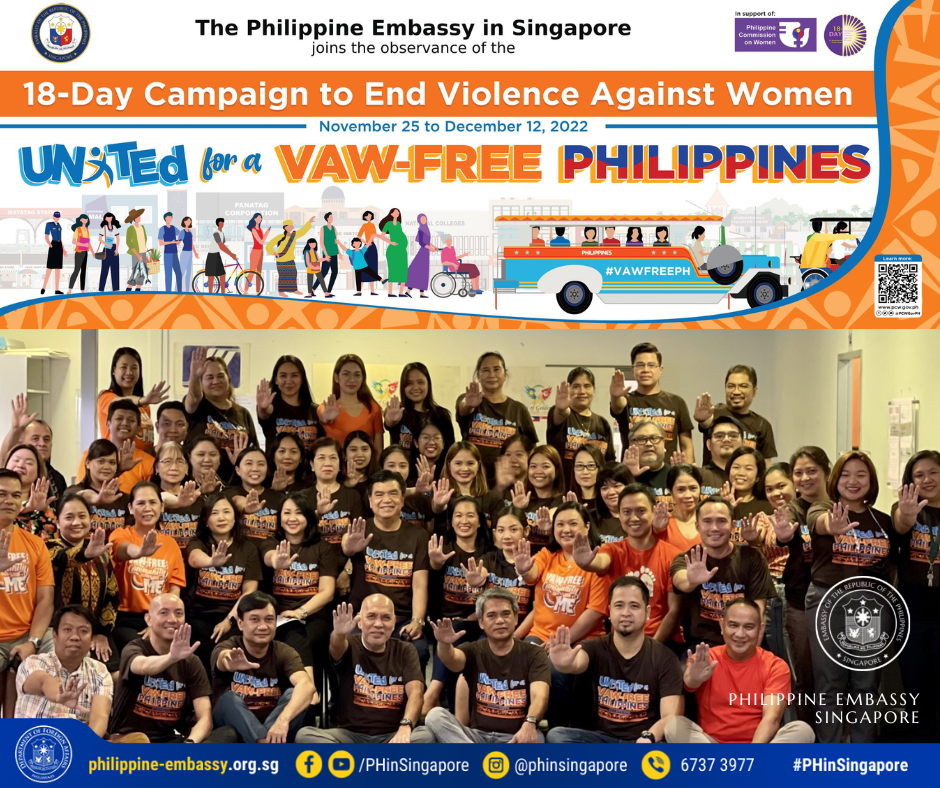